The idea of layers was a great success of Adobe Photoshop and other digital image processing programs, and for good reason. These programs allow you to work with layers of elements in an image as if each one were an electronic acetate sheet whose position and transparency could be adjusted at will. In a perfect world we could also use transparent layers in design programs. However, the design and layout programs must follow PostScript rules that are quite clear. There is no transparency in the models. In this sense, there has been a revolution in the digital world, especially in the case of photographers who have started to use the clipping path in multiple works. So here we’ll talk a little about the cutting path and why so many photographers use it

What Is Clipping Path?

First, we must establish a working definition of what a clipping path is. Basically, it is an entity that controls the behavior of a collection of pixels for the edition of photographs, application of retouching and other editing methods in a professional manner. In general terms, this program focuses on the transparency or relative opacity of a layer or a group of layers, in the retouching and in the editing.

Even if the Clipping Path Service is used every time a mask is active or “activated”, a pixel becomes transparent. If a mask is inactive or “off”, a pixel remains opaque. On the other hand, a mask can be active or inactive in different degrees, which allows a wide range of transparencies.

When combined with the ability of Photoshop for different layers, the clipping path becomes an incredibly powerful tool, which helps a designer or digital artist with very precise control over the interaction between different layers.

When using Photoshop in photo-montages or in graphic design compositions, it is usually necessary to mask elements. A service provided by photo editing company is a widely used method that is the “clipping path” not very well known. Its operation is easy: you need at least two layers; the one that masks (the cutout) and the one that is masked (what is seen through the design). The plot is placed, in the order of layer stacking, below what is to be masked. This can be a bit confusing; since the natural thing would be that the road (that covers) was in the superior part. But, it is not. It’s the other way around.

A Clipping Path Photoshop is a “one-to-one” masking technique; I mean that a single mask is applied to a single layer. It is possible to replicate a clipping path and apply the copies to other layers, each layer, but ultimately, it still has its own mask.

Advantages and Disadvantages of Clipping Path

Clipping paths have advantages and disadvantages compared to other Photoshop methods for masking elements (basically “vector masks” and “layer masks”).

-Photoshop Clipping Paths can use with texts: The main advantage is that it allows you to use a text layer as a mask without having to rasterize the text (“layer mask”) or convert it to paths (“vector mask”).

-They are not valid for groups of layers: Groups cannot be masked for that; there are the layer and vector masks (that do allow it).

-Increase the curvature at least to a value of 4 to 6 as a general rule and never use a zero value. The increase in curvature creates microscopic bevels in the clipping path, greatly reducing the calculations that the RIP has to make.

-Do not rotate or scale images with clipping path in a layout program. It is better to do these operations beforehand in a digital image processing program.

-The longer a Photoshop clipping paths service is, the simpler it should be.

-Do not be shy in increasing the curvature (English: flatness). This curvature is the permissible error in the precision of a plot expressed in pixels of the printing device. Therefore, a curvature of 6 pixels in a 2,400 dpi movie recorder means that you are willing to give good 1/400 inch errors in the layout [1 inch = 2.54 cm]. In most images this value is much lower than its resolution.

-Avoid using a long and detailed clipping path when a mere editing of the image would suffice; For example: instead of creating a clipping path that reflects each islet of the coast on a scanned map of the United States, it is better to edit the image to get a good outline on the same image.

-If the detail at the edges is essential in an object, it is better to use a digital image processing program to define that border. Do not try to get fine details on the edges with clipping paths.

-Now why are clipping path services so important for photographers? Photographers are using different types of photo sessions and editing product photographs for various purposes. Now, in this modern era of globalization, e-commerce businesses are very popular and need services capable of selling products online. Villages from different states can order the settings at home and want to get their product automatically in the system. They do not want to waste time getting this product from a direct mall market.

-Today with the advance of technology, it has been involved in different branches including photography. This is because customers want jobs done with a professional touch and for this reason photographers use image editing services such as Clipping Path.

–Clipping Path Station is one of them, but it is not a new company that offers a product photo editing service. This company has 5+ years of experience in different types of image editing services.

-Product photo improvement services such as: Photo Retouching, Shadowing, Reflection, Color correction, Remove dust from the product and more. Image size and optimization. These services are commonly performed by Clipping Path. Basically, it is an online service delivery company that follows the system of outsourcing facilities for its customers.

-Currently, the fundamental question is how to make these items very attractive and salable for the end-level customer. The appropriate response is that you should talk with the photographs of your articles, however attractive their clients may be. A large part of the ecommerce entrepreneur is contracting very well with the article taker for his ecommerce business.

-The Photoshop clipping path service is a must and the first step of the image editing service. Every time you want to remove the background from an image or a transparent background to continue using this product image, you must first do this service. Without helping the clipping path, you cannot get the actual appearance or background of your product. After finishing Clipping Path, you can make any type of edition with your product. So it is the root service of the image editing sector.

-You know the real way to remove a background from an image, but you know that the quality and the commercial service of elimination of funds are doing it. Generally, the clipping path is done by the expert hand with the help of the Photoshop pencil tool. Photoshop Path is well done when the experienced designer is making this Pen tool.The clipping path service is the best service for photographers.Because its help to make their photography more attractive and shiny.

What you can read next 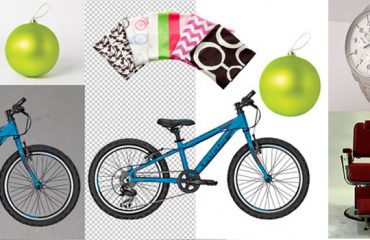 What Type Of Clipping Path Services is Suitable For Your Business?